I teach Britain’s 1793 Macartney Embassy to Qing China at undergraduate and postgraduate levels, at the University of Liverpool:

After the 2016 EU Referendum, the Macartney Embassy has transformed from something that History students feels apprehensive about into a “warm topic”. It is probably because students hear about the term “trade deal” so often in the media, that they want to dip into a historical episode in which “Global Britain” attempted to negotiate something like this with another powerful, enormous country. In 1793, things did not exactly go well in China for the British Empire, and in late 2010s, would the Conservative government have more joy with the Chinese? 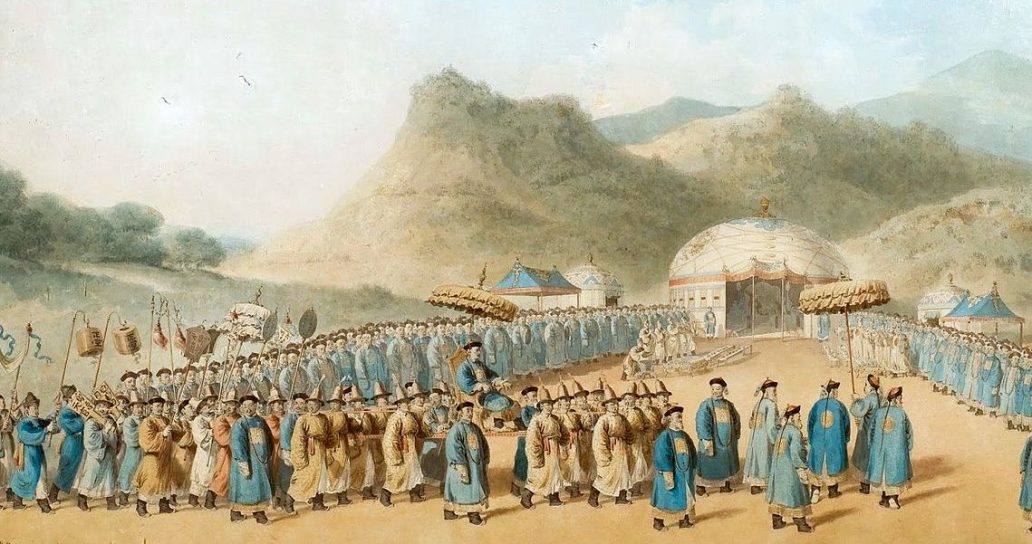 Direct oceanic trade between China and Europe began around the sixteenth century. At first, this involved the Portuguese and the Spanish, who bought Chinese silks and porcelain in huge quantities. Later on the Dutch and English East Indian Companies jumped into this lucrative business. Initially the trade between the Chinese and the Europeans took place at several ports along China’s vast coastline, but the Chinese empire, which by the seventeenth century was ruled by the ethnic-minority Manchurians (i.e. Qing Dynasty), limited Western trade to the Southern ports of Canton and Macao. China favoured this arrangement because the Qing bureaucrats could supervise the flow of goods, often collecting hefty taxes in the process. Such a system also made it easier to monitor and restrict the foreigners’ activities in China.

By the mid- and late-eighteenth century, British society developed an insatiable appetite for tea. At that time China held the monopoly on tea (cultivation in British India only began in the nineteenth century), and Britain did not have any commodity that the Chinese market would purchase in sufficiently large quantities. Therefore Britain’s payment for Chinese tea had to take the form of silver, coming from mines in Spain’s colonies in South America. As a result of the South American wars of independence, the Spanish Empire lost control over its mines, leading to a global silver crisis. Britain frantically searched for solutions, and the Macartney Embassy of 1793 was George III’s attempt to establish Western-style diplomatic relations with the Qing court, to explore Chinese markets for British manufacture, and to renegotiate economic and trade terms that would be more favourable to Britain. The Macartney Embassy was the first time the British and Qing Empires met formally.

But the Embassy turned out to be something of a shambles: the Qing Emperor Qianlong dismissed Macartney, refused to see the British Empire as an equal to China, and firmly rejected all of George III’s demands. The Embassy was an extremely dense historical event that had been heatedly debated among scholars and diplomats contemporaneous to Macartney, and then continually revisited by later generations of historians. Where did things “go wrong”? How did Emperor Qianlong understand George III’s agenda, and why did Macartney fail his mission? What were the distant or immediate historical contexts that could help us understand this event, and what were its short- and long-term consequences to world history?

A PowerPoint slide I made for the young people who write “Paul McCartney” when they actually mean “George Macartney” #twitterstorians pic.twitter.com/nOWFNdojF6

George Macartney, An Embassy to China: Being the Journal Kept by Lord Macartney during his Embassy to the Emperor Ch’ien-lung, 1793-1794. Edited with an introduction and notes by J.L. Cranmer-Byng. London: Longmans, 1962. 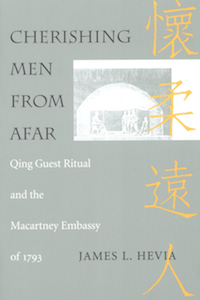 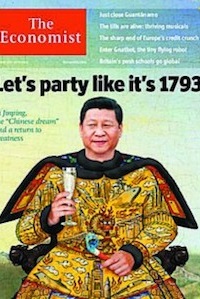 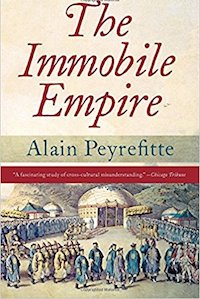 The feature image at the top is James Gillray’s “The reception of the diplomatique and his suite, at the Court of Pekin” (1792). National Portrait Gallery NPG D12463. Public domain image on Wikimedia Commons. The feature image in the middle is William Alexander’s “The Approach of the Emperor of China to His Tent in Tartary to Receive the British Ambassador” (1793). Collections of the Royal Asiatic Society. Also a public domain image on Wikimedia Commons.